You are here: Home / The Mended Marriage / Myth: Pornography is a Guy thing, and All Guys Do it
0 shares

Pornography is a guy thing

Let’s clear some things up. First of all, pornography is not a guy thing. Many women have the same struggle, but it’s less talked about.

Take a look at the statistics about women and pornography on the image below:

As compared to men and pornography:

Now, obviously, more men have admitted to having struggled with viewing and using pornography, but it’s not just a problem for guys.

All guys do it.

Secondly, all guys don’t do it. Men are visual by nature, so a beautiful woman will probably catch his attention and may even pique his interest. That does not mean, however, he can’t acknowledge her beauty and move on.

When we assume that all guys do it we do three things: we minimize the problem, we tarnish those guys who don’t do it, and we give the guys who do do it a pass.

Pornography is a HUGE problem, not just a guy problem

First of all, it is a problem–a huge problem. When 79% of men 18-30 say they view pornography at least once a month, technically, at least once a month they are being unfaithful to their spouses or girlfriends. Before you click away, hear me out. At least once per month these men are seeking pleasure and satisfaction with someone other their the woman they are committed to. 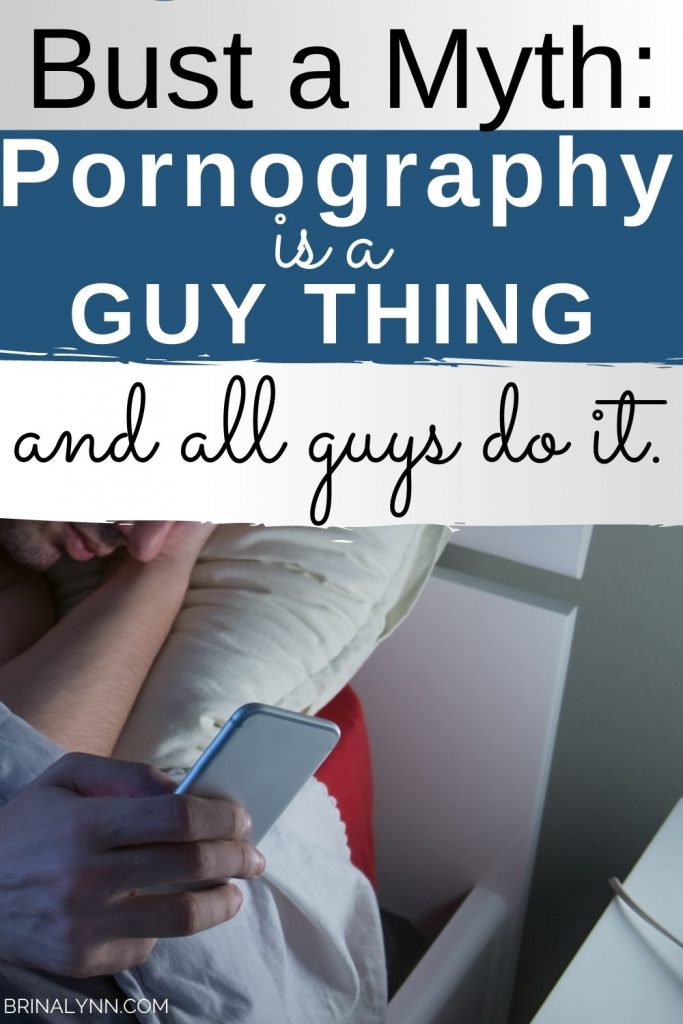 Related: Is Pornography Cheating | Why You Feel Like it Is

Remove far from me falsehood and lying; give me neither poverty nor riches; feed me with the food that is needful for me.
Proverbs 30:8
We use cookies on our website to give you the most relevant experience by remembering your preferences and repeat visits. By clicking “Accept All”, you consent to the use of ALL the cookies. However, you may visit "Cookie Settings" to provide a controlled consent.
Cookie SettingsAccept All
Manage consent

This website uses cookies to improve your experience while you navigate through the website. Out of these, the cookies that are categorized as necessary are stored on your browser as they are essential for the working of basic functionalities of the website. We also use third-party cookies that help us analyze and understand how you use this website. These cookies will be stored in your browser only with your consent. You also have the option to opt-out of these cookies. But opting out of some of these cookies may affect your browsing experience.
Necessary Always Enabled
Necessary cookies are absolutely essential for the website to function properly. These cookies ensure basic functionalities and security features of the website, anonymously.
Functional
Functional cookies help to perform certain functionalities like sharing the content of the website on social media platforms, collect feedbacks, and other third-party features.
Performance
Performance cookies are used to understand and analyze the key performance indexes of the website which helps in delivering a better user experience for the visitors.
Analytics
Analytical cookies are used to understand how visitors interact with the website. These cookies help provide information on metrics the number of visitors, bounce rate, traffic source, etc.
Advertisement
Advertisement cookies are used to provide visitors with relevant ads and marketing campaigns. These cookies track visitors across websites and collect information to provide customized ads.
Others
Other uncategorized cookies are those that are being analyzed and have not been classified into a category as yet.
SAVE & ACCEPT