You are here: Home / Faith & Encouragement / His Eye is on the Sparrow, So Know He Watches You

Sometimes we are discouraged in life.  Trials are battering us on all sides.  And it feels like no one cares, no one is watching, not even God.  A recent funny scene at my house reminded me that if His eye is on the sparrow, I know He watches me! 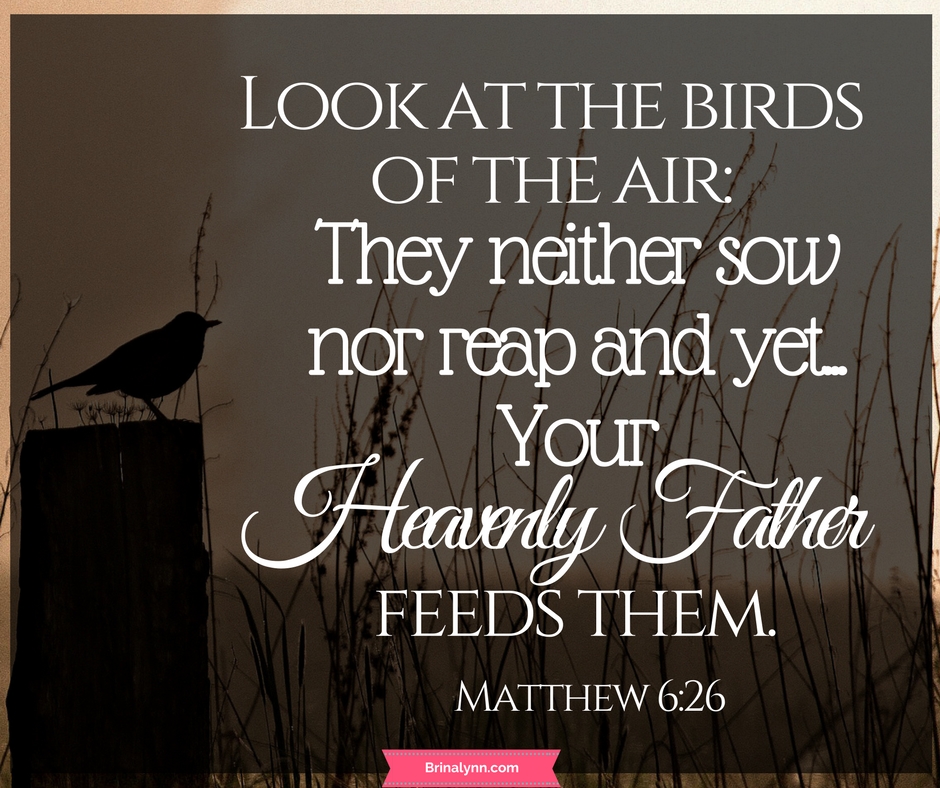 A few weeks back, my kids were outside enjoying the sun and burning off some energy before rest time.  I was busy trying to squeeze in a little work when one of them came running in telling me to come quick.

“There’s a drone in the yard!”

I laughed it off until Nan, the oldest (and usually the most level headed) came in and said, “Mom, seriously, you have to come.  There is a drone in the yard.”

Curiosity had won out.  A drone?  How on earth have we come so far that a kid would actually think there was one in our yard?  I saved my progress and followed her outside. 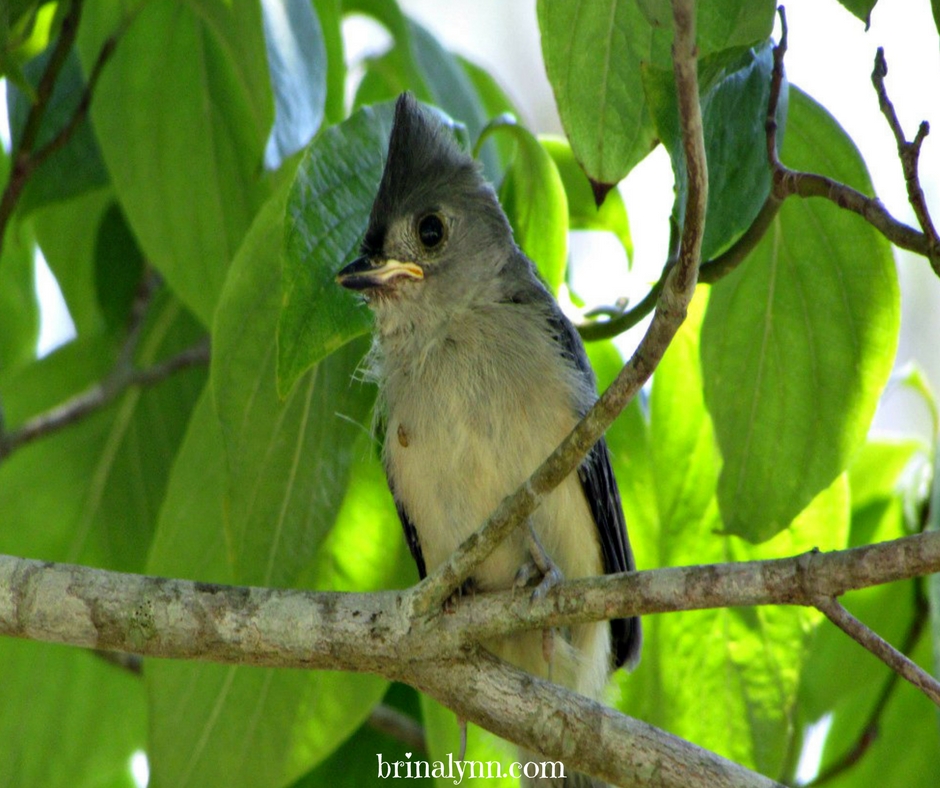 Turns out, it wasn’t a drone, just a baby Eastern Kingbird learning to fly.  It did, in fact, just sit there.  It let me touch it, and I was even able to hold it.

At one point I guess we were just too much for the baby bird because it spread its wings and took flight.  The terrible thing was that our puppy took off after it, so I took off after the dog!  If there was anything in my power I could do to save the baby bird from certain death by puppy, I was going to do it.  I grabbed the dog and yelled for someone to come get her so that I could rescue the baby bird.  Thankfully, we were able to save the poor thing!  (The kids thought this whole scene quite hilarious.  They are still laughing!)

I placed the bird back where we found it and watched it hop along the branch until it had the courage to fly again.

If he cares about birds…

I am like the little bird.  I sit on my “branch” (my comfort zone) and wait for the courage to finally take off.  Because I sit so long and wait, something comes along and agitates me. I get tired of being badgered, and I decide to fly in haste.  I have no direction, and I hit a wall with the enemy hot on my trail.  It’s God who reaches down and holds back certain death and destruction.

Then he reaches down to pick me up in my frazzled state and places me back on my branch.  I realize I don’t want to make the same mistake again, so I do what I was supposed to be doing all along.  Strengthening my wings.  Flying short distances.  Preparing for the long flight ahead.  Looking to God for direction rather than ignoring him and piddling around in my comfort zone.

His Eye is on the Sparrow

God is ever watching.  “For the eyes of the LORD move to and fro throughout the earth that He may strongly support those whose heart is completely His.”  (2 Chronicles 16:9)  If he cares about birds, he certainly cares what’s going on in our lives, and he hears our cries.  “The eyes of the LORD are toward the righteous and his ears toward their cry.” (Psalm 34:15)

A few years ago, I learned that Mama’s favorite song was His Eye is on the Sparrow.   I remembered hearing that song in my childhood, but I had never really listened to it.  When my aunt shared this with me, I had to find out what was so special about this song.  Now I understand.

Why should I feel discouraged and why should the shadows come?
Why should my heart be lonely and long for heaven and home?
When Jesus is my portion, a constant Friend is He,
His eye is on the sparrow and I know He watches me.

Let not your heart be troubled; these tender words I hear;
And resting on his goodness I lose my doubts and fears;
Though by the path He leadeth but one step I may see;
His eye is on the sparrow and I know He watches me.

Whenever I am tempted; whenever clouds arise;
When songs give place to sighing; when hope within me dies;
I draw the closer to Him; from care He sets me free;
His eye is on the sparrow and I know He watches me.

Matthew 10:29 says, “Are not two sparrows sold for a penny?  And not one of them will fall to the ground apart from your Father.”  Friends, if he cares about birds, surely he cares exponentially more for us.  When we feel discouraged and frazzled, which we often do, let’s remember that His eye is on the sparrow, and know that he ever watches over us.  Not watch in the sense like we watch television, but watch as in the way we watch our kids:  keep under careful, protective observation; exercise care, caution, or restraint about; look out or be on the alert for.  He’s ready and waiting, watching, always on alert for when we miss our step and fall, or we hit a wall, or we drop for no apparent reason.  Take comfort knowing he watches you!
Previous Post: « Joy Comes With the Morning
Next Post: What the Velveteen Rabbit Taught Me About Being Perfect »