“Life is an adventure! Enjoy the ride.” I can still hear Brad Palmer emphatically stating, all with a smile. This was the first of many occasions I would hear him make the statement while we were in South Africa. In this moment, we were sitting inside our Land Rover, which was not roving but stranded in a small village.

Our walk with the LORD is an adventure. We truly never know what’s around the bend. I am certain if he told me ahead of time, I would run the other way. But, at the end of each chapter, at the end of each season, I know how truly blessed I’ve been to be following His path.

My venture into fair trade is one of those unexpected surprises from our Heavenly Father. I was not looking for it, but I was seeking Him. The same week I was beginning the Experiencing God Bible study, I announced I was retiring from 30 years of education in the public school system. I was also wondering what I could do to supplement my retirement income. Most of the jobs I considered were online teaching assignments. After giving my retirement resignation on a Monday, my husband Scott and I began the Bible study on Thursday night. It was there we learned the building Scott had once inquired about was available for rent. He had hoped to use it as a photography studio.

We were still newlyweds.

After Scott and I married, we spent time nurturing our blended family. While he previously had a studio in Jacksonville, we chose for him to wait before opening one locally. He took some photography jobs, but we wanted to have more time together as a family before he sought more full-time work.

The availability of the building was perfect timing for us. Scott inquired about it not long after he moved to my little town, but it was occupied. Just as I was retiring, it was available. Now that I would have more time at home, he could begin building his business. The price was within our budget, and the lease agreement was better than we could have imagined. God’s peace, one marker of the Holy Spirit’s guidance, enveloped us as we made the decision to move forward.

I was excited about retiring even I though love teaching. However, the stress of a public school educator is overwhelming. I was also overjoyed to begin “Experiencing God.” While I had wanted to complete the study for the past several years, as a single mom, I never thought I could give up the time. Learning to recognize God’s voice, watching him open the door, literally, for a new business, hearing the still small voice tell me it was time to retire; each of these moments were paving the way for God to begin a new work.

As Scott looked over the layout of the building, he said, “Robbie there is so much room here, more than I realized. We need to do add something to the studio, expand the business. Is there anything you have ever considered?”

That is, until 2 weeks later. On a Monday. Packing a picnic lunch. I looked up from a peanut butter sandwich and said to Scott, “I know what I want to do.” He waited for me to continue. “I want to open a fair trade store.” 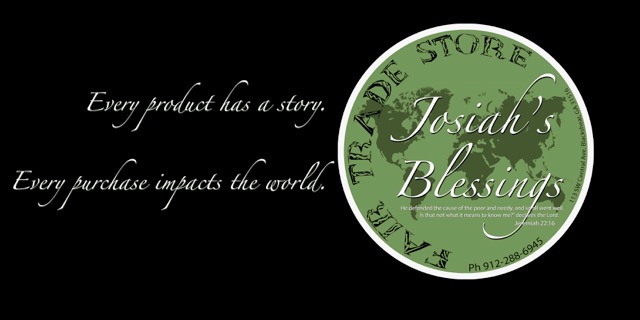 I hardly knew how to answer him because I didn’t know where the idea came from. I truthfully don’t even remember when I first heard those words together, fair and trade. Having adopted from China four times and travelling to South Africa twice, I have a heart for those who are less advantaged than we are in our world. But, I spent the day while driving to our hiking destination researching fair trade on my smartphone. The more I learned the more I knew, “Yes, this is what I want to do.”

Then I had to ask, “Is this what the LORD wants me to do?”

Oh, how good our God is. I was in the beginning of Experiencing God, an intense Bible study. I had learned that God confirms His will in several ways. One way is through circumstances. Circumstances were confirming. Another way is through the body of believers. The following Thursday, I shared my new calling with my Bible study group. From one person after another around the room, I heard affirmation. Our wise leader also reminded me that God’s will can be affirmed in scripture. 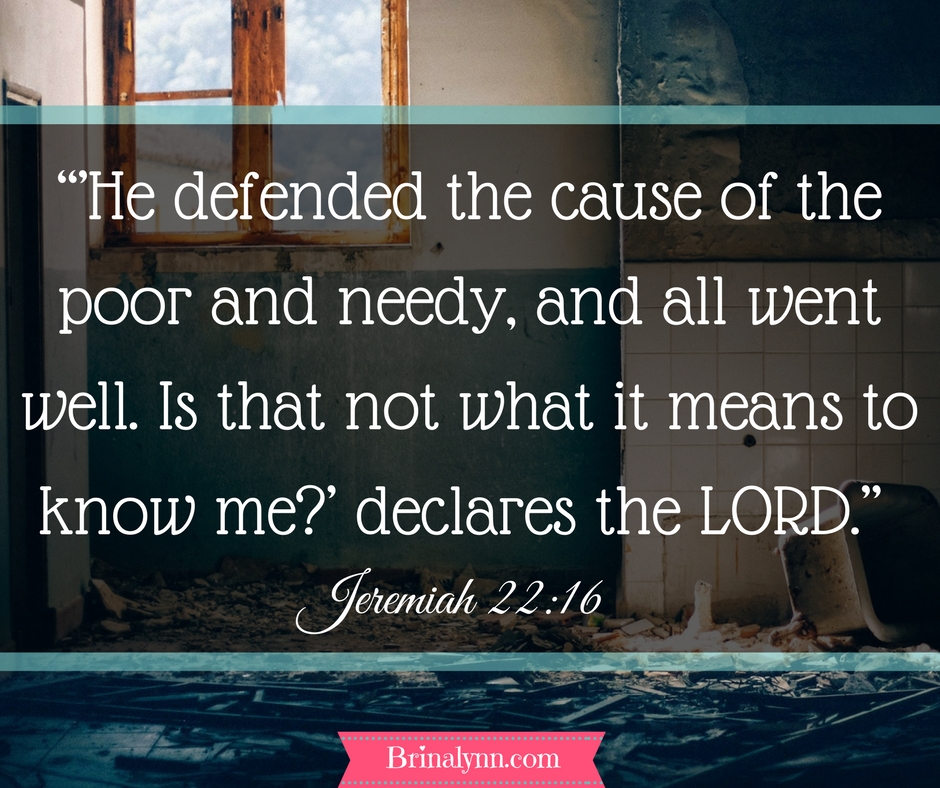 Back at home that night, I dug deeper into God’s word. It was then I found the verse we use in our store, “’He defended the cause of the poor and needy, and all went well. Is that not what it means to know me?’ declares the LORD.” (Jeremiah 22:16) That was it! I was taking the Experiencing God study to experience Him, to get to know Him. This verse shouted, “You will know ME when you defend the cause of the poor and needy.” And, fair trade is an amazing vessel for defending those who are needy.

As I continued to search, I learned that the prophet Jeremiah was referring to King Josiah in this verse. I told Scott that night I thought I wanted to name the store, “Josiah’s Blessings.” But, I kept that thought between the two of us.

On Sunday night, we picked up our children from their evening Bible study. They were super chatty, excited about a musical they would take part in for Mother’s Day. The best part. They had a CD we could listen to over and over again. Over and over-from January to May! Joy.

Like any good mother, I ignored the thoughts of dread, took the CD from Ellie, and placed it into the CD player. As I did, I opened the folder she had been given. The music was playing in the background when I saw the title “Good Kings Come in Small Packages,” and then I read the description. I was almost speechless, a rare occasion for me.

“Scott, this musical is about King Josiah.”

That was THE MOMENT I KNEW God was directing our path. Our children would learn more about King Josiah as they prepared for the performance. They would know why we were opening a fair trade store. They would come to fully understand the reason we chose “Josiah’s Blessings” as the name. And, together we would experience God as we defended the poor and needy.

And, God continued to make the crooked paths straight. The simple statement, “I know what I want to do,” was announced on January 16th. Three months later, we were holding our grand opening of Shutterly Perfect Portraiture AND Josiah’s Blessings. The store opened before my last day of teaching at the end of May. 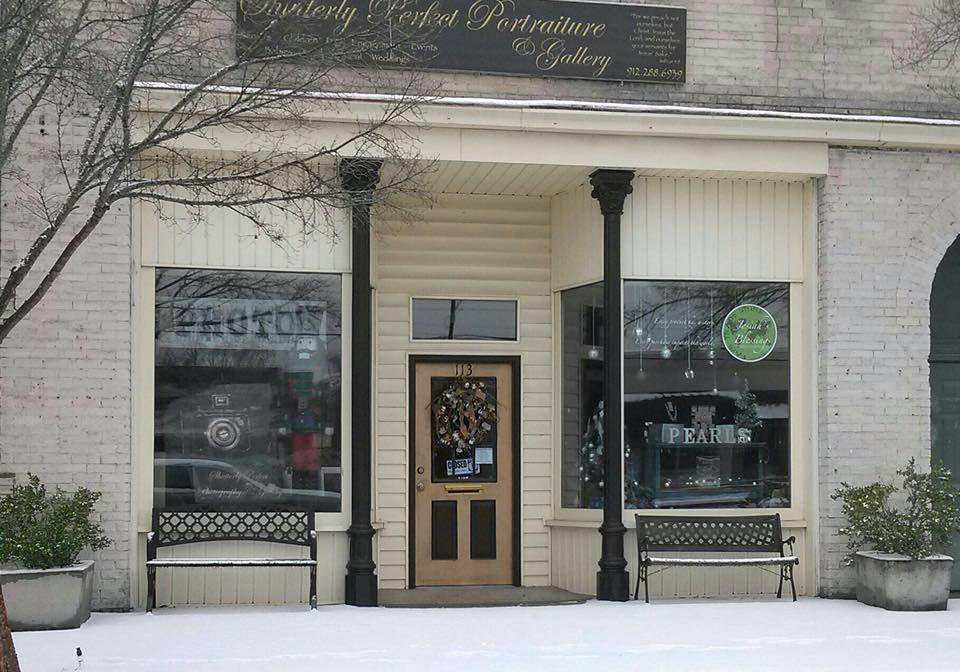 It’s been two years since this journey began. With each new product line, I learn more about God’s heart. I read about organizations and ministries making great impacts on the lives of people around the world. The sale of our products helps lift people out of poverty with dignity. They are offered a hand up, rather than a hand out. We have three jewelry lines that are made by women rescued from sex trafficking. Their lives have been restored.

Have you ever wondered, “How can I get to know the heart of God? How can I experience Him?” Do you Seek him? Then consider researching more about fair trade. You can defend the cause the poor of the needy simply by making every day purchases. That’s what King Josiah did.

And God Himself declared, “Is that not what it means to know me?” 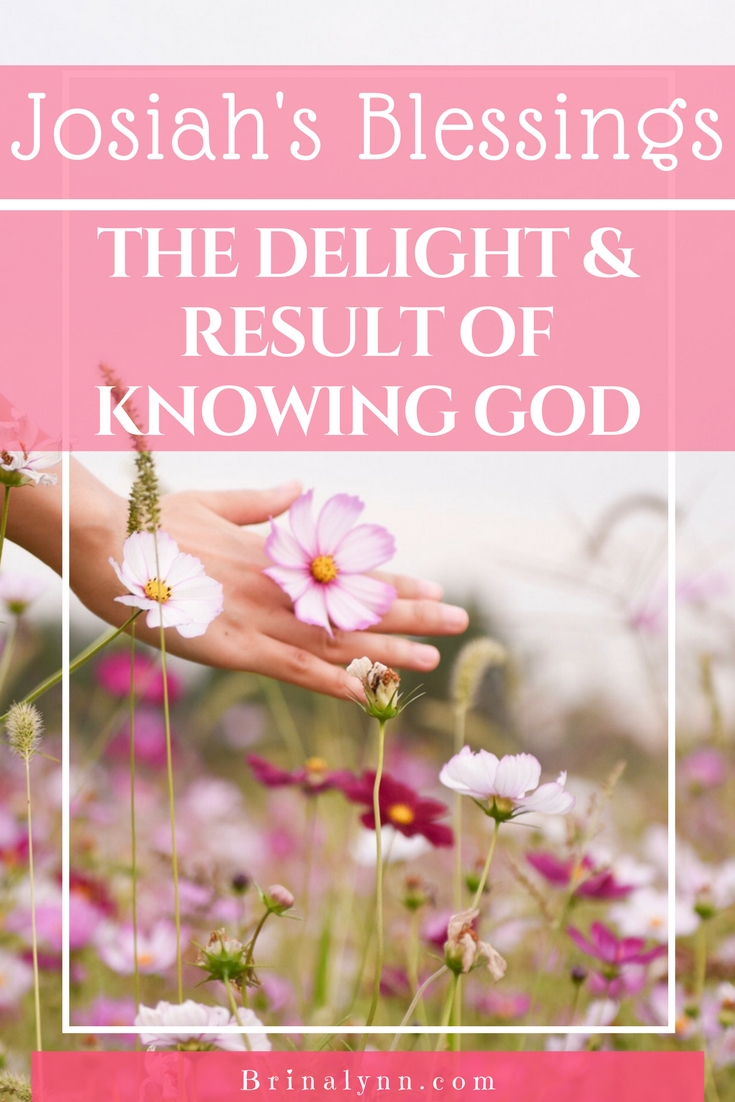 Meet Robbie! She’s a fellow mom of many, desiring her life to reflect the love of Jesus. Robbie loves big and loud with a heart for others! 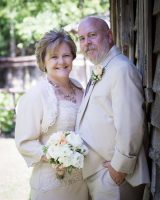 Last week I shared this about her, “Robbie has loved me and taught me many things over the years!  One was the awareness and care for the orphan because she so deeply felt the call to go. She has taught me about love and laughter and redemption as her life took a gasp-giving turn. And then, she opened this little shop, Josiah’s Blessings, because she is burdened by the plight of many around the world who need a way to sustain themselves and their families.”

Find Josiah’s Blessings at their online store, on Facebook, and on Instagram! If you happen to stop by our little town, stop in, she’ll take the time to tell you the story of each piece in her shop. She’ll even brew you a cup of fair trade coffee!

Previous Post: « Supporting One Another in the Many faces of Motherhood
Next Post: 11 Unique & Inexpensive Non Gift Card Gifts for Mom »